Bonnie began by teaching 1 class there while she was pregnant with her first child. The space was by no means conducive to yoga. “We had to roll out 2 layers of carpeting before class and roll it back up again after class so it would stay clean.” Reflects Jen. “That in itself was a workout!”. “the bathroom was outside. That was a bummer for me being that I was 7 months pregnant.” Says Bonnie. Later Jen took another space “uptown” in Frenchtown. The class size grew as the space for mats increased. “Instead of using yoga blocks we used paint cans. Jen had a bunch of her art students paint the drop ceiling so everyone would have something nicer to look at when we did poses on our backs. That was part of the fun.” 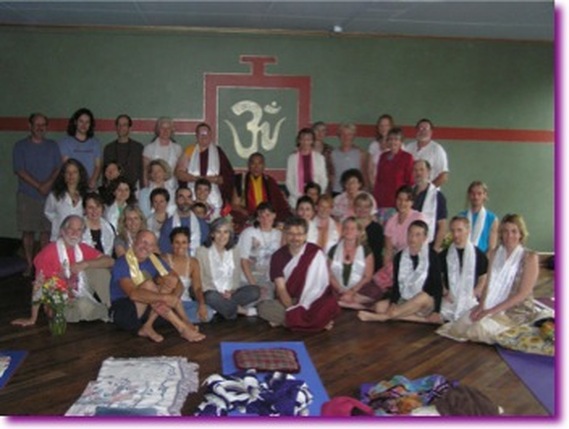